Inspired by a deeply rooted tradition of English schools, but adapted to the local Maryland clime, the System of Houses at The Avalon School is designed to help foster among its students the same chivalrous and noble spirit that was brought here by Lord Baltimore's first Gentlemen Adventurers. Each boy is able to ennoble both his own House and his School by channeling his natural sense of competition toward the service and enrichment of something larger than himself, (whether in school-wide contests and festivals, or simply in his daily academic work).

The Houses themselves are named in honor of men or families whose indelible mark helped form the character of Maryland: Stewart, Calvert, Carroll, Washington. Every boy, as well as every member of the faculty and staff, is placed in one of these four Houses. Brothers, and eventually sons, will automatically be placed in the same House.

The coat of arms borne by each House shares both its essential form and one symbolic color with The Avalon School Crest: GOLD for nobility or BLACK for humble constancy. However each House also bears in its coat of arms another color and symbols which represent the character or contributions of the family for whom it is named. 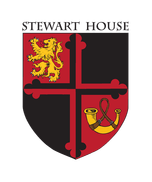 Royal Heritage
The Stewart Dynasty, which ruled England, Scotland and Ireland, oversaw England's first successful colonies in the New World, and their names have been enshrined from Jamestown, through the Carolinas, to Annapolis. James I (Stewart) knighted his former Secretary of State, George Calvert, as the First Lord Baltimore, and granted him permission to found the Colony of Avalon in Newfoundland. The next Stewart, Charles I, granted the Charter for Maryland to Cecil Calvert, the Second Lord Baltimore.

In honor of these Royal Founders, Avalon's Stewart House bears on its coat of arms the royal Lion Rampant (from the flag of Scotland where the dynasty first began), the Horn (as a call to battle or the hunt), and is distinguished by the color RED (the fierce color most traditionally reserved for royalty). 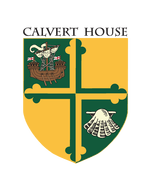 Maryland's Founding Family
George and, later, Cecil Calvert (the First and Second Lords Baltimore) established Maryland as a colony in which Catholics and Protestants could enjoy mutual religious freedom - a concept of tolerance that would be shared by neither England nor her other colonies until the establishment of the United States Constitution and the Bill of Rights. With both the Colony of Avalon and the establishment of Maryland, their efforts represented not only a spirit of adventurous courage, but also a sense of Pilgrimage to a land which might afford men the free practice of their faith.

In honor of Maryland's founding family, Avalon's Calvert House bears on its arms the Ship, symbolic of the Ark and the Dove which brought Maryland's first colonists, and the Shell as a traditional symbol of pilgrimage. This house is distinguished by the color GREEN, which according to tradition was borne by King Arthur in his own coat of arms, and is symbolic of Ireland, where the original Baltimore that gave the Calverts their title is located.

Insuring Religious Liberties
The Carroll family, an early and influential Catholic family from Colonial Maryland, supplied not only a signer of the Declaration of Independence, Charles Carroll of Carrollton, but also the first American Bishop, John Carroll. Both of these men provided regional and national leadership before, during and after the Revolutionary War, and John Carroll's influence is credited with having helped to insure the religious liberties enshrined in the new Federal Constitution, when only four of the thirteen States had chosen to do so in their own.

In honor of this family which so strongly contributed to the forming of Maryland as a State, and to the very character of the Nation, Avalon's Carroll House bears in its coat of arms the Double Headed Eagle (the embodiment of one eagle symbolizing the Gospel of John, and the other the American Eagle), and the Star (a symbol of Christian Hope), emblazoned on a background of BLUE (the color of loyalty, peace, and the heavens). 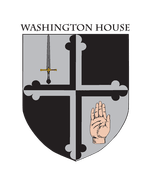 A Symbol of Friendship and Unity
Though not from Maryland himself, George Washington had close ties with some prominent Maryland families, including the Carrolls, which contributed to the formation of the character that so formed the nation itself. His friendship with John Carroll was demonstrated on a number of very public occasions and, in light of their quite distinct backgrounds, can perhaps be seen as a symbol of the new unity which both men were helping to forge out of the former colonies. Washington's influence on all of the newly united States, in any case, can hardly be overstated, and his decision to place the new Nation's Capital on land given by both Virginia and Maryland has only further underlined the influence that he had and continues to have on the State of Maryland.

In his honor, then, Avalon's Washington House bears on its arms both the Sword (to represent strong and stalwart leadership in battle), and the Right Hand (for open, sincere, and just rule in peace), emblazoned on its distinct color of SILVER (betokening purity and justice).